The Callicrate Bander™ castration system — already proven as a humane technique widely used in the beef industry — is increasingly popular with goat and sheep producers as well. 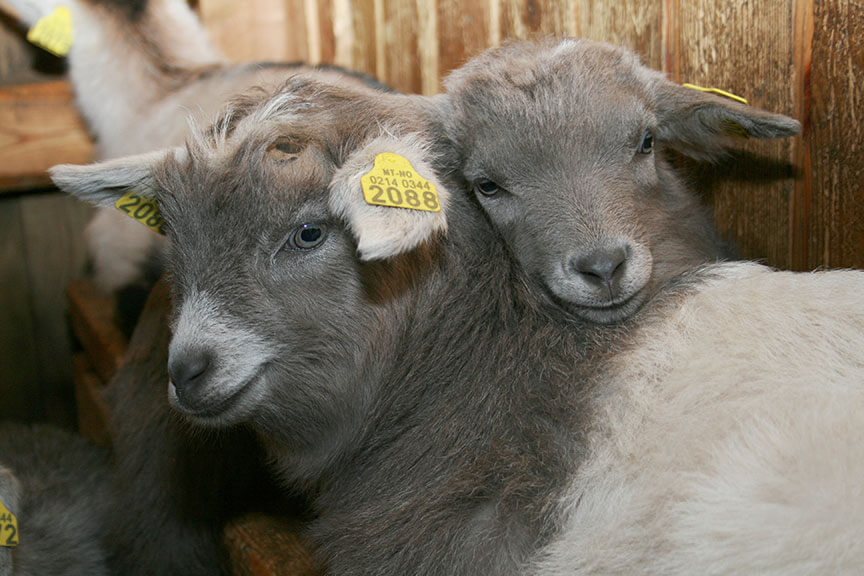 The versatile tool can be used for castration, horn removal and other medical procedures requiring ligation, or negation of blood flow.

“There is a lot of interest,” says sales representative Tom King, who grew up on a large sheep ranch in Wyoming and is now based at Oshkosh, Neb. “There are a number of benefits.”

Purebred breeders often prefer to delay castration to give young animals more time to develop their genetic potential. “These young animals may have the genetics, but breeders like to see them grow out for awhile. For that reason, they like to leave them intact longer and have the option of banding them at an older age. The Callicrate Bander™ works really well for that,” King says.

In addition, commercial operations can benefit from delaying castration and taking advantage of natural testosterone in a way that mirrors natural beef programs.

“By delaying castration on goats and sheep, they get some benefit on growth, just like they do with the calves,” King notes. “If they wait and let them grow for two or three months before banding them, they can pick up some extra growth. If they leave them intact for awhile, banding is really the only method they can use.”

Male goats are physiologically unique in how they mature, requiring careful management to prevent complications later.

“If you castrate rams too early, the urethra won’t grow and develop,” King explains. “If it isn’t large enough, stones will build up. They can’t urinate, and they develop water belly.”

Before banding, make sure the animals have been given a tetanus toxoid shot and a booster.

Effective, humane horn removal is another important necessity for the goat industry, as horns can cause injuries to other goats. King says, “If they weren’t in small confined conditions, it wouldn’t be much of a problem, but they are always eating through fences and getting stuck. Some of the livestock shows won’t let you enter goats with horns on them.”

Unfortunately, it is difficult to breed horns off of goats because of a genetic condition that leaves a percentage of polled goats incapable of breeding. Each generation that is bred ‘polled to polled, the percentage increases. To dehorn goats with the Callicrate Bander™, King says to be careful to place the band as low as possible on the base of the horn and against the skull before tightening. This will require stretching the band as it is being pulled down into place. “It generally takes three people to do it unless you can sedate or anesthetize the animals,” he says.

Some form of pain control is recommended. If the animals are not sedated, King recommends an anti-inflammatory for temporary pain relief. “Within two hours, they are back to their normal activity,” he says.

He also recommends covering the bands with duct tape to make sure the bands aren’t rubbed off. “Drop time will vary depending on the breed and the size of the horn, but it may take up to 50 days”, King adds.

The Callicrate Bander™ can also be used for removal of soft tissues, such as abscesses or tumors. It can be used for tail docking and can be used on either a rectal or uterine prolapse.  When treating a rectal prolapse, use a commercial rectal ring, and band over the ring and prolapse.  Most soft tissue situations that are banded will drop off in 5 days or less.  These have been very successful.

Achieving proper tightness is key to the effectiveness of banding, which is why the durable Callicrate Bander™ is the ideal choice. The sophisticated winding mechanism insures tightness, and the latex band is specially formulated to withstand and maintain the high tension needed for perfect results. The device is designed for ease of use with minimal risk to the animal or the operator.

Owners of goats, sheep and other livestock should consider the Callicrate Bander™ as a versatile tool to have in their animal health toolbox.