The U.S. company known for inventing the premiere high-tension banding castration tool on the market is now introducing a lighter, sleeker version designed to bring the same humane, user-friendly technique to newborn calves, sheep and goats.

No-Bull Enterprises is unveiling the next generation of innovation in bloodless castration with the Callicrate WEE Bander™, an instrument crafted from surgical quality, corrosion resistant stainless steel. It is designed to insure proper ligation with every application, the key to effective humane castration and a signature feature of the Callicrate Bander®, which has been manufactured and distributed worldwide since 1991 with more than 50,000 units sold.

“Previously, the only banding option available for the smaller animals was the green elastrator ring,” says inventor Mike Callicrate, owner of No-Bull Enterprises, based in St. Francis, Kansas. “We used the same simple technology, but combined it with a means of attaining proper tension, resulting in complete ligation. In replacing the elastrator rings, which lack sufficient tension and are considered the most stressful method of castrating young animals, the WEE Bander also provides an alternative to castration with a knife, which is probably the second most stressful method you can use.”

Studies of high tension banding have demonstrated that the complete negation of blood flow triggers a natural analgesic effect that blocks pain while minimizing swelling and related complications.

“While in New Zealand testing our high tension banding technology, I castrated a set of lambs with veterinarian John Southworth,” Callicrate says. “All of the lambs receiving the elastrator rings showed extreme discomfort,” Callicrate continues. They were rolling around bleating and kicking. The lambs with the high-tension Callicrate bands, both newborn and larger in size, were comfortable and back suckling their mothers right away. We checked on the lambs frequently. The lambs with elastrator rings were still showing signs of pain 24 hours later. The high-tension banded lambs were lying around comfortably and nursing, similar to what we would expect to see based on our results with cattle.”

Those findings are consistent with research at the University of California-Davis, which showed high tension banding generated a more localized immune response with no discernable depression in appetite or rate of gain when used on young bulls.

“The stress of using an elastrator ring, which lacks sufficient tension to block pain, doesn’t meet the public’s heightened standards for humane animal treatment,” Callicrate says. By insuring proper application of the band, the WEE Bander measures up to the increasingly rigorous worldwide emphasis on animal care and well-being.

Not only is the Callicrate method for high-tension banding the most stress-free castration method for the animal, it’s also easiest for the person performing the operation.

With the Callicrate Bander®, band application is mechanically assisted to insure consistent results every time. The WEE Bander™ is even lighter weight, just as fast, effective and bloodless, and requires no manual cutting or crimping of the rubber loop.

“The bands are specially formulated to withstand and maintain the high tension needed for consistent results,” Callicrate says. “The correct formulation and curing of the rubber gives it the elasticity, strength and memory for fail-proof application.”

Like the Callicrate Bander®, the Callicrate WEE Bander™ is made in the USA using the highest quality materials. It is essentially maintenance free. Five loops are included with each WEE Bander™. Additional loops can be purchased in bags of 25 or 100. 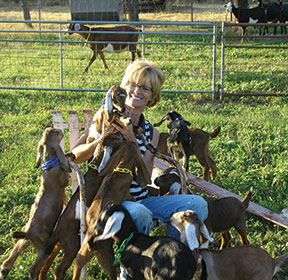 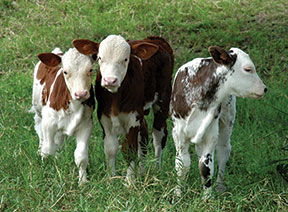 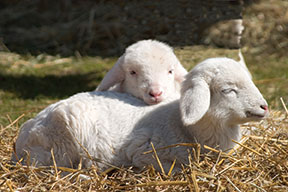